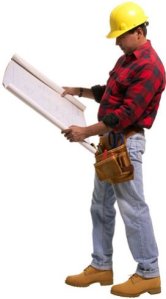 Like many of you, I’ve written a novel. Well, several novels, but I have one in an extremely marketable genre with all the bells and whistles. The query letter knocks agents’ socks off and most I query ask for the manuscript … and it hasn’t gone any further than that so far. Sigh …

The problem with the process is that agents simply don’t have the time (or the responsibility) to tell us why our work is rejected, short of the standard comments. “Not right for our agency” or “Not interested at this time” is absolutely no help. Of course, I understand how overworked and pressed these people are to find only the most profitable possibilities where taking on an author is concerned. But all too often the discouragement can be devastating.

Nope, this isn’t a blog about sticking it out and never giving up. It’s an entry about finding a solution.

I watch Top Chef. Being a retired chef, I love the show for a variety of reasons, but oddly enough, last night’s show crossed over into a new and different look at my novel. The contestants were challenged with taking a traditional recipe and deconstructing it. The goal is that the diner tours the various ingredients on the plate and when they’ve eaten it all, they get the flavor and emotion evoked by the original, calssic recipe. That made me wonder; is it time to deconstruct and rebuild my novel? In pondering this concept, I realized that I have already explored several possible tools to do just that, all I need to do is put them to work.

Here’s what I mean …

Um … pray for me, everyone. Now, where did I put those work gloves?